What’s wrong with the world today?

Well… what would YOUR answers be if someone asked YOU that question?


Gather a group of random strangers and you’re likely to hear all manner of response – from crime, poverty, and unemployment – depression, oppression, recession – to terrorism, gangsterism, drugs and debauchery – pollution, global warming and decimation of our scarce natural resources.

You could probably think of more than a handful of your own – if you chose to think that way, that is.

But is it all doom and gloom?

Of course there’s still a lot ‘wrong’ with the world…

Of course the world could still be a much better place…

It’s easy to portray the world as being worse than ever, simply because we know much more now than we ever did before.

Is that public perception of crime rates is at odds with reality, with fact and statistics. It’s all just far more advertised and sensationalized now, so we instinctively believe it’s worse than ever.

So why do we always assume everything is getting worse?

In reality, bad things have always been happening, and often on a far worse scale – we just never heard about them as much.

In the past, we typically only saw news and advertisements in newspapers and on TV, where they had limited time and space to select what they chose to broadcast, promote or publicize.

Nowadays, with the internet, there is no limit to how much information we can access. It is no longer preselected for us. While previously we were in the dark about what was going on in other parts of the world, now anybody with a mobile phone on any corner of the planet can upload a video for us to see in seconds.

We can see it all and take everything in – the good, the bad, and the ugly, all day every day.

There is simply just no limit to the amount of data out there. Whereas in the time before the internet and social media era, there was.

Unfortunately, to compound this, the bad things are the ones that always get into the forefront and this is by design.

And, despite all of this fear and scare, it is definitely NOT all doom and gloom!

Because… (and here’s the GOOD news)

Contrary to popular (mis)conception, and according to numerous reliable resources the world, statistically and factually speaking, has never been in better shape.

Number of Deaths From War

“Life for almost all people on this planet has never been in better shape!”

Right now, we’re actually living in the safest and most prosperous time in all of human history.

“We truly are living in the most exciting time to be alive.”

It is foolish and deluded to think any differently. Yes we still have great problems that need to be solved, (pollution, addressing the climate, growing wage gaps etc) but overall there is no better era to be alive.

Living in fear negatively affects your attitudes and beliefs, which has a direct effect on your productivity and performance.

That is why it is so critically necessary to have a positive outlook of the world. It is critical for your own productivity, for your own success.

Why is this all so important?

Because to be successful you need to be productive.

You need to get stuff DONE! 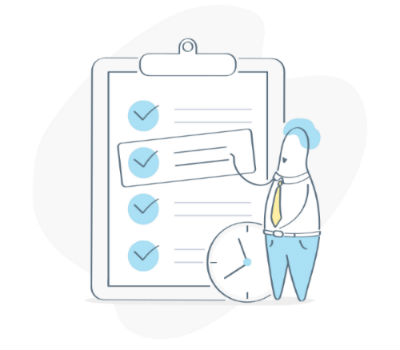 Procrastination is the Thief of Time – and Fear is its Fire

Here’s a quick honesty quiz to get you thinking – and, more importantly, ACTING:

I’m sure we all have at one stage or another, but what separates achievers from the mainstream is that they commit to productivity – to success – despite their fears.

And to banish all your doubts and fears for good, you need to be informed – and properly informed.

If you believe everything in the world is negative then it’s impossible for you to become the most productive and best version of yourself.

This poses the question once again.

Why do so many people think the world is worse now than it was?

Having more information at our fingertips is a double edged sword. While we live in a world of easy access to information and know more than ever before, we also live in the world of misinformation.

Misinformation which is generally designed to manipulate us to think a certain way.

You may have been fooled before without evening knowing it. Ever heard of clickbait headlines? Of course, you have. These are designed to spark fear and negative emotions in you but generally, have no or greatly exaggerated factual basis behind them.

It’s the result of a perfect storm of:

One specific example we can look at is the energy and automotive company Tesla.

By all measures, Tesla is an extraordinary success story.

Yet if you follow Tesla in the news, you won’t see any of this. You will only hear about how the company is on the verge of bankruptcy, their cars always break down, the CEO is a nut case or something along those lines.

It’s a combination of all 3 of our factors above working into play.

“Crazy as it seems, it is perfectly legal to sell a stock you don’t own (this is called “shorting a stock”), then spread crazy, unsubstantiated rumors about the company being on the verge of bankruptcy. Then when investors panic and sell the stock, you “cover” your short position by purchasing the stock again at a lower price than what you had sold it for.

2.) You spread misinformation about the stock to lower its price

3.) You purchase back the stock at a lower price

You can imagine, with Tesla being most shorted stock on the market there is a lot of nonsense flying around out there.

3. This plays into point #3 above. Unfortunately, because we know the media chases these negative stories as it’s what gets them clicks, that’s all they tend to publish. Anything with Tesla and Elon Musk is big draws to getting people to click on links as well.

Now, I closely follow Tesla so I know the details, however, if all you saw was the clickbait style headlines, the version of Tesla you see in the news is radically different than the state the company is actually in.
This is just one in-depth explanation, but I wanted to clearly illustrate how you can be “played” by the news and the people purposely manipulating it.

Another example is plane crashes.

Any time a plane crashes anywhere you will probably hear about it on the news or online. Yet, you won’t hear a peep about the over 3,000 people that die in car crashes each day (1.25 million per year average), a number that is enormously larger then overall deaths due to plane crashes.

Almost nobody fears driving in their car but so many people have a fear of flying. Even though the statistics show that in reality, if you fear a crash, you should be far more terrified of driving.

Let’s look at one last example which has been one of the news’s favorite pieces over the past decade.

This would be terrorism and immigration and how scary they are. The coverage of this can make you sound like terrorists are lurking around the corner but let’s illustrate how ridiculous this is.

You are statically more likely to die from being struck by lightning, having furniture fall on you, or falling from a ladder while putting up Christmas lights and this isn’t even counting things like obesity and heart disease. Source.

But more people fear terrorists then what they put into their body and the consequences of that.

Through the constant bombardment of these clickbait style headlines, it’s easy to get us to become misinformed and afraid of things, even when it makes no logical sense to be afraid.

That is why it is vital to protect yourself against this external barrage and do your own fact-checking on anything that is important or relevant to your life and goals.

And why does this all matter?

Because if you believe the world is all doom and gloom you will never perform at your best.

Try the following to help propel you above all the noise of the world: 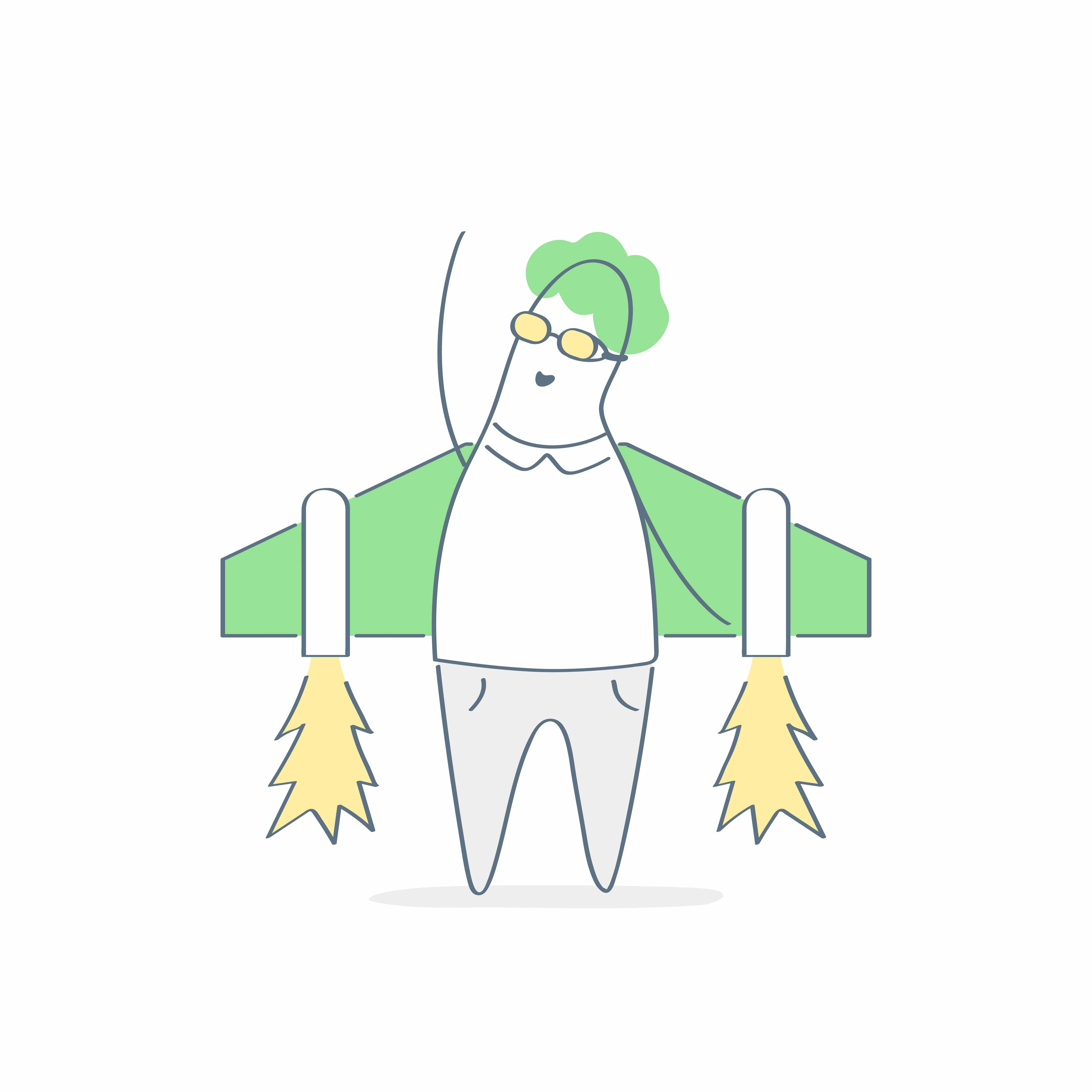 (Aka – how to stay informed, not misinformed)

When you read a headline is it factual or are you getting played by someone as we saw above? If a headline sparks a negative emotion in you right away, there’s a good chance something is amiss. Here’s a 5-Step Guide you can follow to find out:

One of the best sources to check fake news, conspiracy theories, urban legends and scams is www.snopes.com where they make it their mission to uncover the truth.

MOST IMPORTANT: Make it YOUR mission to uncover the TRUTH about anything at all that impacts or is relevant to your life!

Now, onto the GOOD stuff…

Juxtapose – or Just Suppose… (The Transition – The New YOU)

In other words, IMAGINE. Just imagine for a moment…

You overcame all the imperfections in the world. You became immune to the destructive nature of misinformation. You made decisions based on fact and reliable, researched information.

You became super-confident, optimistic and enthusiastic about life. 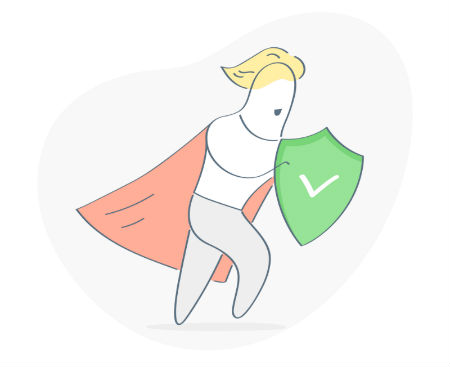 You decided, right now in this instant, to flick that switch – to light that fire in you – and commit to a life of positive productivity.

You suddenly felt the rush of feel-good endorphins and the wave of positive emotions as you imagined yourself, right now, where you would be in your ideal world.

You were born and gifted with everything you need to make a massive success of your life.

It’s really all up to YOU to commit to being Ever Productive!

Because, let’s face it, we can’t make the world a better place overnight. But we can make it better one individual at a time. And each of these better individuals becomes a shining, positive example to others. An inspiration.

And we make the world a better place!

So, in closing, what do you think Charles Dickens meant way back in 1859 when he said in A Tale of Two Cities: “It was the best of times, it was the worst of times…”?

I think he meant it was the BEST of times for those who CHOSE for it to be so!

And when YOU choose to be Ever Productive, our FREE course is waiting for you. Everything you need to know about building your most productive life. Simplified in an easy to follow system in this master course.

Make the most of your life – be Ever Productive,

PS: An exceptional read to inform and inspire you – at very least to get you thinking (differently) – is “21 Lessons for the 21st Century” by Yuval Noah Harari.