5 Apps to boost your productivity, focus and sleep 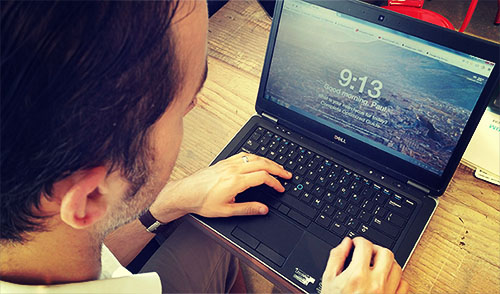 One of the keys to a highly successful and productive day is limiting the amount of clutter in our minds.

Mental clutter leads to overwhelm, distraction and lack of focus which leads to Paul taking crazy action and deleting 15,000 emails.  (I’ll explain this in a later post…)

Out of the thousands of apps in the app store, if you’re like me you probably think the good majority are just going end up as more icons on our phones… Flooding are minds with more notifications and popups and removing our presence from the real world.

That said, there are some I cannot live without. Google Maps, Yelp and Uber are must haves for me along Vivino for when you’re in the store looking to buy a bottle of wine for a gift but have no idea what’s good (thank you Vivino you’ve saved me many times).

Given the general state of what most apps do, are there any out there that can actually increase our focus and concentration as opposed to the opposite?

I have done a lot of testing with the following apps below , which I have actually found to have a positive impact on my productivity and my energy. I’ve put these through the gauntlet with a number of my readers and friends who have all had great results and now I want to share them with you.

Some I have used for over 6 months, some are more recent but I now use all of these on a daily basis.

A few weeks back I proudly was wandering around boasting about how in control of my Facebook time I was (my wife can attest to this).

Now I knew that I used Facebook, checked it every now and then but was pretty confident in that I wasn’t really on it that much.

Until I got sucker punched with this statistic… Seriously I spent almost 7 hours on Facebook this week. That’s literally almost a full workday. Ugh. It’s unbelievable how much time can go by on that thing.

This is one of the reasons why I started using RescueTime.  It’s an app you can install on your PC and phone that hides cleverly in the background secretly recording where you spend your time on each of those devices.

Basically it tells you how awesome you did for the week or how much you sucked that week with regards to your productive vs. distracting time spent (to sum it up bluntly).

Most people probably have no idea where most of their time goes. If you had asked me before using this if I had spent 7 hours a week on Facebook my answer would have been a prompt, “no way.”

Rescue time creates a potential for more productive time that I didn’t even really know I had.
It works well because it runs in the background by itself and once set-up, there is not much input needed from you. Each week you get a summary of how your time was spent.

The app itself is quite simplistic, but it works amazingly well because it uses your own mind against you as nobody wants to get a bad score at the end of the week and suffer the disappointment of their results…

It’s like a game where you are continuously trying to beat your previous high score but the high score is you spending more time on productive tasks.
Thankfully, every single week since then my Facebook time has gone down (along with a few other websites I was hanging out on way to much) and my productivity score has gone up without fail.

These two helpful apps adjust the type of colors emitted from your electronic devices that ultimately will help you sleep better at night. If you’re asking how that is possible, let me explain.

Humans have been on this planet for thousands of years following a predictable cycle called the “circadian rhythm.” Meaning we go to sleep when the sun sets and we wake up when the sun rises. It’s not just a decision we choose to make; the hormones in our body are actually wired this way. When the sun sets your body starts pumping out a hormone called melatonin which primes our body and mind for sleep (cue the yawns and heavy eyes).

Then a man named Thomas Edison, invented the lightbulb, so we can keep everything bright at night and our bodies have been going haywire ever since.  This artificial light at night confuses our hormones and stops the production of melatonin, greatly impacting the quality of our sleep and leading to some painful morning wakeups alongside potential long term health issues.

It’s been researched that “blue light”, which is emitted from electronic lcd screens (phones, laptops, TV’s etc) is the worst for this.

These two apps work by determining when the sunset occurs based on your location and then reducing the amount of blue light significantly from your devices after that time (converting it to a more red light which doesn’t affect the production of melatonin as much). Red light is what you would see from candles.

When you open the app you can see on the scale the amount adjustment of blue vs red light the app has performed on a nice visual graph. It’s not a perfect solution, it’s better to avoid electronics as a whole at night, but that’s not always possible so this is the next best thing.

Evernote has been around for a bit of time now and has gained a lot of popularity. Their motto is “a workspace for your life’s work” and a t first glance it can seem like many other cloud base note taking apps but it really is much more powerful when you dig into it.

Evernote isn’t just an app for jotting notes, it also allows you to import photos, videos, voice notes, charts, tables, embed files (like PDF’s), connect to your email, set reminders and the list goes on and on.

I haven’t even brushed upon half the features in my day to day usage but it is a powerful tool you can carry around with you in your pocket.

I love using it when attending events to take notes, videos and voice recordings which will then sync to the cloud and I can pull up on my laptop later to extract more detailed notes from.

I use it also for, well… basically to track my entire life.

I track my workouts in it as you can see below, all my to-do lists, book lists, business plans, yearly  goals, ideas and much more. If you were wondering what that screen was I was looking at in the title photo for this post, this is the one.

Momentum is a simple extension to Google Chrome that takes over the default page when you open a new window or new tab.

It is very minimalist but I find it does a great job of helping keep my focus and keeping me inspired.

It creates a beautiful backdrop and quote that changes daily, along with showing the time and a spot for you to fill out what is your main focus for each day. Each time you re-visit the window (which is quite frequent for me as I open a lot of new tabs) it’s a subtle reminder of what you should be working on.

It seems simple but having that constant reminder each time you open a new tab really makes you think twice about opening that next YouTube video to distract you. I am new to Audible but I love it. It allows you to take time that previously could have been considered “wasted time”, such as commuting to work via transit or driving in and use it in a positive manner.

What do I mean by that? Well we know one of the common traits of successful people is they are avid readers and constantly expanding their wealth of knowledge. I understand though it can be hard to fit in time to read books as you have to be pretty grounded to do it. Carrying groceries down the street while trying to read a book doesn’t exactly work out…

Audible, an Amazon product is 1000’s of books in a digital audio format you can listen to on your phone through an app. You can pre-download the books on the app through your home Wi-Fi so you don’t need to use up your precious data as well and thus can also use them offline when you don’t have a connection.

I use it to expedite my learning on subjects during times where essentially I am in commute, such as riding transit, walking to the gym or market etc. I find I can easily get in 30-60 minutes a day of time learning about a subject I normally would not be able to without using Audible.

Compound that on a daily basis and think of how much faster you could learn more to improve your life, your success and outperform your competition? I have been studying the human brain a lot recently and how it impacts the functioning of your body, as well as how to “trigger” it to impact our bodies in positive ways.

Recently I have been trying out Binaural Beats or sound wave therapy using delta waves to help induce sleep and relaxation.

While not on my “daily use” yet and thus not included in my top 5 list above, I have been using it for a few purposes.

The objective is to use external sounds that produce these frequencies and input them through each ear and into the brain to induce one of these “desired states”. I have been testing out delta waves for sleeping to induce relaxation and sleeping after a crazy day. The results so far have been noticeable. It could just be that the steady sound naturally just drowns out the world around you and makes you calmer (which is still the effect we want) but it has helped me fall asleep quite quickly.

There are several apps you can download that have built in waves you can test out to induce a certain mood.

I’m going to be playing around with this much more and trying to induce other states but next time you’re all fired up before bed try this out.